Mistress Milana uses shit to get to slave

Mistress Milana wanted this loser to learn to do things her way. She tried to show him but he was not following what she told him. She got angry and in an effort to make him do what she wanted, she forced him to eat her shit. She was so angry at him that she did not care what happened to him. But the punishment made him realize he had to do things her way if he was to avoid such punishments.

Mistress Angelica does not forgive easily. This guy had pissed her off and he did not even bother to apologize. She was infuriated and she found herself shitting on him. She wanted to do to him something that he had never had done to him. She made sure he ate all of it before she allowed him to leave after she had had him clean up her house. He learned to relate with people better.

Mistress shits on guy for taking her for a ride

When this mistress realized that she was being taken for a ride by this loser, he had to do something. She did not immediately let him know that she had known what he was up to. She lured him to an appropriate place and she humiliated him using her shit fetish. She got him to eat her poo and he was not only ashamed, but he was degraded and humiliated too. 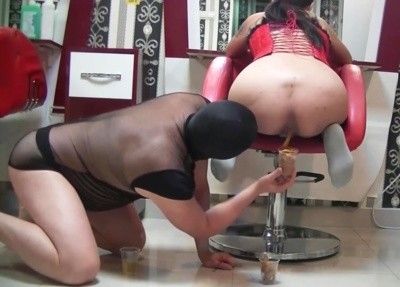 Mistress Anna wanted to fuck this guy but he messed up just before they did. She realized he was a player and even though they were not dating or anything, she could not go ahead with it. Instead, she chose to give him a piece of her mind. Mistress Anna cruelly took a shit on his head and she also got him to eat her poo and drink her pee.

Madame Du B punishes loser to make him see some sense

Madame Du B tried to reason out with this guy but she did not get anywhere with him. So she punished him to get him to see sense. She used her shit fetish to do it. She fed him her shit and the humiliation of it sent him a message he had never had before. He had to own up to her thinking and do things her way from then on.

Mistress shits on boyfriend for mistreatment

This mistress was fed up with how her boyfriend mistreated her. She was at a point where she did not care anymore. So she took a shit on him and she degraded him. She had summoned all her strength and overpowered him. She had caught him off guard and she did not let him catch a breath as she tortured him. She made him lick her asshole before she let him go.

Mistress Angelica likes to tease with her gorgeous ass. She has a fetish for scat and she loves to use her ass as bait. Guys never fail to fall for it. And that is why it is one of the easiest things for her to do when she wants to have fun or to humiliate someone. As usual, this guy fell for her trap and she enjoyed shitting on his face.

Mistresses shit on guy to teach him a lesson

Mistress Karina and mistress Christina are not your average mistresses. They are the kind of people who you should never piss off because they like it when someone messes with them as it gives them a chance to torture and humiliate that person. Today they used their poo to humiliate this loser. He had messed with the wrong people and they fed him their shit and their pee. He was degraded but he learned his lesson.

Mistress Parvati was surprised when this guy approached him and told her that he wanted to eat her shit. She was taken aback by that but she decided to give it a try. The mistress was shocked when he actually did what he suggested. He ate her shit and swallowed it. It felt strange at first for her but as it went on, she enjoyed it and that is how she came to have a scat fetish. 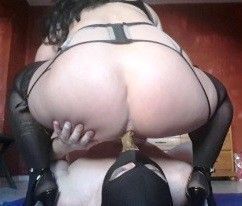