This mistress was pissed at her slave and she had to punish him. She had never punished him before and that was about to change. She was so mad that instead of a light punishment, she went straight to the cruel punishments. She cruelly shit on him and she had him eat her poo. She also had him lick her asshole clean and used him as her human toilet paper.

Goddess Amirha tried to facesit on this guy to get some information but it did not yield any fruit. So she had to try another way to do it. She resorted to make him eat her shit. She went on facesitting on him only that this time she had him eat her shit as she facesat on him. She also had him lick her asshole and she used him as her human toilet.

Mistress Milana has a thing for shit. She does not like to waste her shit on the toilet. She prefers to have her shit eaten and that is what she taught her friends. She demonstrated it to them as they were swimming. She got out of the water and she took a dump on a loser who was watching them swim. Her friends gave it a try and they liked it.

This mistress warned this guy from messing with her. He heard her but he went on messing with her. She warned him again but he ignored it as well. She got pissed and the third time she did not warn him. She punished him cruelly. She used her shit fetish in order to make it a lesson to remember. He had to eat her shit and drink her pee till she was satisfied. 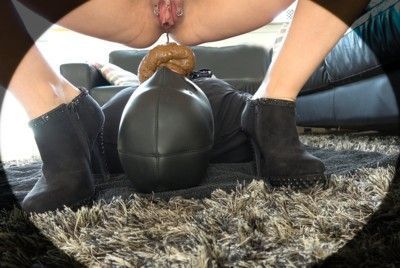 Lady Missy was not happy that her slave had lied to her. She was even more upset with the fact that he had lied about something so serious and important to her. She would have forgiven him if it had been something else. But this time round she had to punish him and she did it as cruelly as she could. She turned him into a human toilet and made him eat directly from her asshole.

Mistress Elena and her love for shit

Goddess Antonella wanted to try something she had never tried before. She had watched scat fetish videos but she had never gathered enough courage to try it. But today she had to do it. She managed to convince herself to go through with it. She paid this guy to eat her shit because she did not have a slave to do it. She did not tell him what she wanted him to do and he only discovered what it was when he was at her place.

Mistress Janet and her scat fetish

Mistress Janet has a nice ass and she loves seducing people. That is one of her best ways of luring them to her. She does not have a slave and she has no interest in keeping slaves. She prefers to humiliate and degrade unsuspecting people. That is why she loves to shit on them and to make them do nasty things knowing she will get someone else to do the same thing or whatever else she wants the following day.

This mistress prides in the fact that she is cruel and brutal. She likes to make guys do crazy things for her enjoyment. She is not like some of those mistresses who humiliate and degrade losers for punishment. She does it because she finds it to be fun. Today she tried shit fetish where she had a guy eat her shit directly from her asshole as she facesat on him.